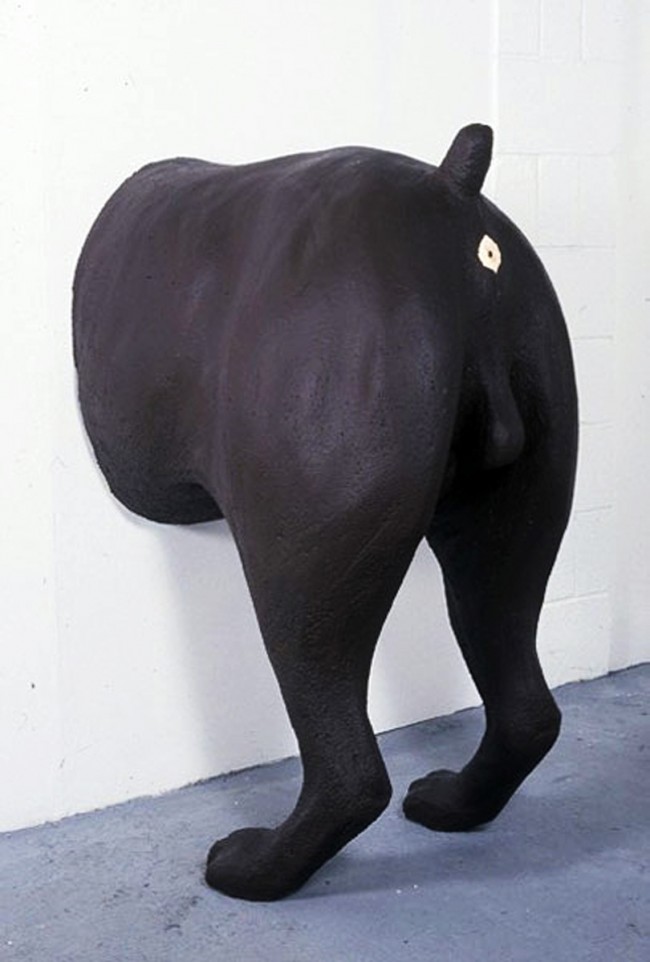 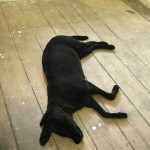 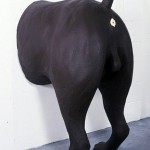 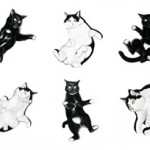 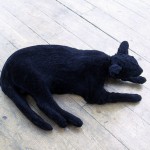 Relationships between people are very complicated. Many of us discover that the pets make not only great companions but also make a special substitute for human relationships. They are also a great inspiration for artists. The show juxtaposes different ways of looking at art objects and their subjects. Art lovers and pet lovers are invited to examine these differences. UNIT 24 invites a group of international artists who simply believe that pets are fascinating. You can expect humor, intellectual challenge, avant-garde art and some grotesque. We do guarantee entertainment for both lovers of art and pets. UNIT 24 invites dogs and cats as our VIP (Very Important Pets) to attend the show. VIPs will receive a â€œdoggy bagâ€ to take home sponsored by London pet shops.
Visitors are also invited to take a part in the street performance by Eli Chojak-Mysko.

Unit 24 hopes the show will entertain and create a good pet friendly atmosphere and provide a look at art from different perspectives.
A sense of humor and some critical skills are highly recommended.

ARTISTS
PEGGY ATHERTON is a British artist, known for her unsettling yet poignant
sculptures which use a variety of techniques and materials from fiberglass, clay, photography and video.
Casting from found road kill, permanently capturing the animal in solid form. She creates objects, which are beautiful and rather eerie. The sculptures have a narrative, which fluctuates around them. There is an ambiguity about how they died, and a feeling of unease caused by the familiarity of the displaced objects. The cast animals touch the viewer maybe because they are both life and death. Preserving the image of life, and through the same process preserving their death. Everyday life can be surprisingly both cruel and tender.

ROELOF BAKKER is a Dutch artist photographer and video maker who lives in London. In June 2011 he won First Prize (Gold) at the London Photographic Association Still Life 5 competition. Snow (2011, 5 mins) is a new video work which explores the solid bond between men and dogs, a special relationship that has been part of London life for centuries. The video was recorded in a snow-covered Parkland Walk in North London, a disused railway line now a nature reserve.

KEVIN BERLIN
â€œI am really afraid of tigers â€“ thatâ€™s why I decided to start working with themâ€ said Kevin.
Berlin new works have been inspired by his experience behind the scenes with circus tigers, lions, and their trainers. Internationally renowned artist Kevin Berlin’s works are found in the collections of Kim Basinger, Luciano Pavarotti, David Letterman, Bill and Hillary Clinton, Dudley and Lisa Anderson, Quincy Jones, Buzz Aldrin, Henry Buhl, and General Motors Corp. Berlin was honored by President Reagan at the White House as a Young Arts Presidential Scholar in 1983.
Kevin Berlin’s recent major solo exhibitions include shows in Shanghai, China, Kiev, Ukraine, and in New York City, USA.
Berlin’s studies at the Slade School of Fine Art included work at the British
Museum and the Regents Park Zoo.

HELEN GOUGEON graduated from the Pratt Institute in New York and City and Guilds in London. She was commissioned by Battersea Dogs and Cats Home to produce realistic sculptures, which are presently placed in their head office. About her work she said: â€œIn my experience of owning cats and dogs, they each have their own distinctive character. Consequently, in my work for this exhibition, I am trying to convey a sense of this individuality and playfulness without sentimentality.â€

MICHAL TORZECKI is a Polish/American artist who grew up in New York and graduated from Academy of Arts in Warsaw. His work generates ideas from contemporary realism. Animals have always been a major theme in his work. His first â€œsoloâ€ show was entitled â€œZOOâ€ and depicted existence of the inhabitants of Zoological Gardens in Warsaw.
KEVIN WAYNE is a British artist who graduated in Royal College of Art. His work is humorous but at the same time often sinister and sad. The initial playfulness of his sculptures leaves us with reflection upon social discomforts.