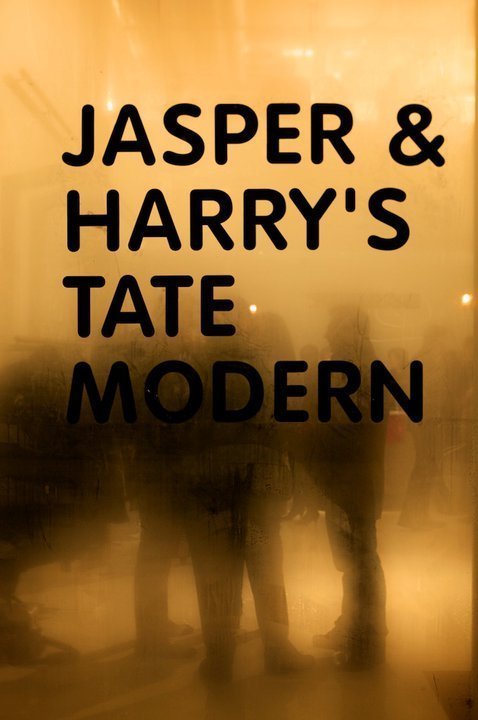 See also Art Sleuth
and the piece at tragicosmic.blogspot.com 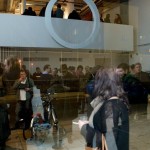 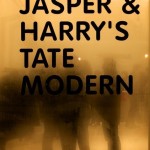 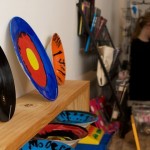 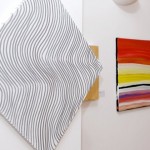 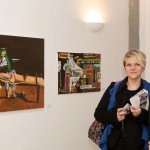 Jasper Joffe and Harry Pye proudly present their version of Tate Modern, at Unit 24, the dry cleaner that doubles as an art gallery. Just a few minutes walk from the original Tate Modern, Joffe and Pye will show their versions of the Tate’s collection, as well as work by guest stars from the other Tate such as Matt Calderwood and Turner Prize winner Mark Leckey.

Nicholas Serota’s Tate Modern is the most visited modern art gallery in the world. Jasper and Harry believe records are there to be broken. They are fans of the Tate. They are not interested in attacking or mocking the other Tate, they just want to do their own version, like Bob Dylan tried to be Woody Guthrie, or Picasso did Velazquez. Even if they don’t fully succeed, whatever happens, the results should be cheaper and better.

The building Joffe and Pye have selected is like Tate Modern in that it’s very near London Bridge and on more than one level. Unlike Tate Modern it doubles up as a dry cleaners. Because of size limitations and time restrictions it won’t be possible for Joffe and Pye to recreate all 8,000 works from the Tate collection. However a lot of that stuff is not top quality and by focusing on the cherry pickings things could still be beautiful.

Jasper & Harry’s Tate Modern, open for Christmas, will feature artists talks, a bookshop, an official busker, and an occasional cafe. And unlike the old Tate Modern you can buy one of the masterpieces and take it home with you.

Harry Pye: “Times are hard. People are having their jobs taken away and funding is being cut. We want to put on a show that will inspire, amuse and give you hope. It seems only reasonable that we should set ourselves such an impossible task as recreating the Tate collection.” Jasper Joffe: “I like to multitask, so the dry cleaning element of our Tate Modern is really handy.”

The punk ethos of “do it yourself” is the backbone of most projects Jasper and Harry have undertaken together and on their own since leaving college. For five years from 1995 to 2000, Harry Pye was the editor of his own arts and entertainment periodical: Harry Pye’s Frank Magazine. Jasper Joffe meanwhile is the founder of worldwidereview.com, which has been providing alternative art reviews since 1999. Harry was part of the Bart Wells Gang (along with Francis Upritchard, Brian Griffiths, Sam Basu, and Luke Gottelier) who in 2001 turned a derelict 3 storey building in Hackney into an art gallery. Jasper was the founder of the Free Art Fair, which in 2009 featured 50 artists giving away 100,000 pounds of work at the Barbican, and received global media coverage. Joffe and Pye are both esteemed British artists. Jasper’s work has won praise from Charles Saatchi who said: “When Joffe hits it right he really is pretty good “. Tate Patron Bob & Roberta Smith said “Harry Pye is a force for good.”