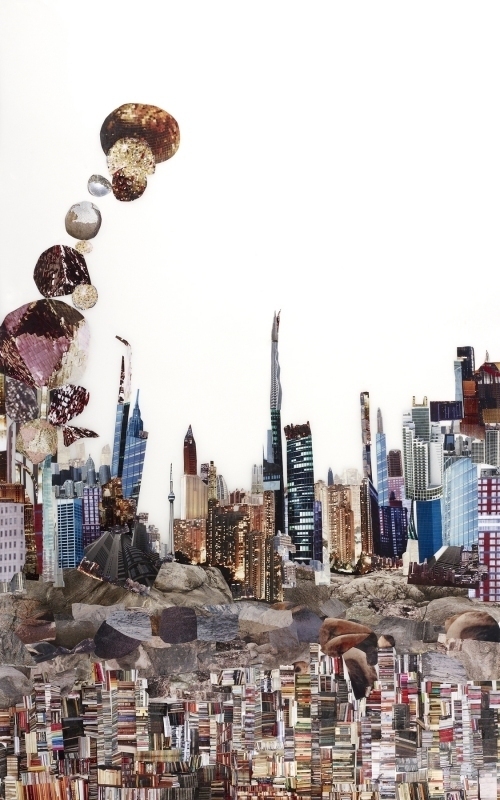 Megan Reed is an American artist based in Berkeley, California. She attended New York University and Parsons School of Design in New York City and her work has been included in group shows in the US.

Her collage paintings explore communication in the digital age: the near misses, the crossed circuits, the fragmented information, the jammed connections, the over-wired technological pos…sibility which, paradoxically, can lead to misunderstanding, passivity, invisibility and alienation. As a “wired” public, words are heard and images are seen constantly through sound bytes, advertisements, news flashes, all competing for the public’s attention. Consequently, physical interaction with others – and with nature – has been minimized, digitized, hyper-realized and hyper-reproduced so that the individual’s image – our voices, our selves – have been rendered blank. As trivial, disconnected information dominates the public conversation, our impetus to action is diminished.

These paintings mirror this overwhelming conversation in the form of letters and found images, cut from written media – collaged – which then burst from natural maple bases and illusory mylar sheets with volcanic force, forming a mountain of reconfigured information that the individual is challenged to circumnavigate while also exploring all that is left unsaid, unheard and unseen amidst such forceful competition.