UNIT 24 GALLERY PRESENTS PHOTO-SOUP
21 April – 12 May 2012
Private view April 20th 7-9PM
Photo-Soup is a collaborative project that allows artists to disseminate their work and ideas without the the necessity to fit mainstream curatorial agendas. 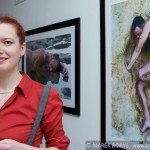 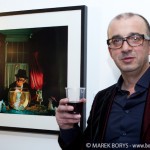 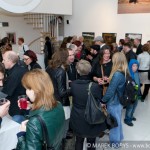 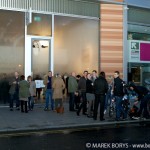 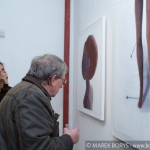 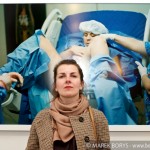 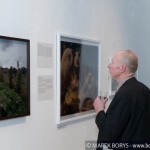 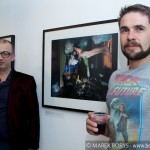 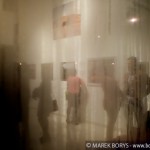 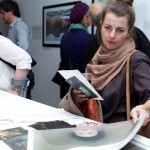 ANIA CERELCZAK (ANCEREL)
Ania is a professional photographer pursuing her own art and commercial projects as well as being a curator at Unit24 Gallery in London.Â  She studied Photography at London College of Communication and Philosophy at WrocÅ‚aw University (Poland). Her work is based on a profound interest in philosophy and how modern art relates to every individual in society.
AnCerel new project “Amongst the myths” is related to the concept of Joseph Campbell, Mircea Eliade’a and Jungian analysis of mythology and religion, showing the myths and their relationships with the human psyche. â€œIn my opinion myths are psychological signs which allow you to find yourself in a maze of complexity which makes the modern world â€œsays Ania.

Born and raised in Newcastle upon Tyne, England, but with something of an international family, Alex Drago currently lives in London where he works as Education Manager at the Tower of London. Possessing masters degrees in both Cultural Studies and Photography, Alex’s approach to photography reflects these twin interests, so while his photographic practice explores the idea of history as a cultural presence, his work is driven by a personal desire to understand and make sense of the world in which we inhabit.

Photographer and visual artist, born in Rome, Italy. Gianni Forte’s educational background includes a first class BA (Hons) in Photography from Thames Valley University, Reading, and a Master Degree in Photography with Merit at TVU Ealing (now University of West London). Forte is a London based photographer working and exhibiting around the world, and is co-founder of Photo-Soup, a collaborative projected that has allowed him and other artists to show their work internationally. His work has been rewarded in several international competitions, amongst all the PX3 International Grand Prix de la Photographie and the 151st Royal Photographic Society Print International Competition, the WPGA World Photography Gala Award and Pollux Award. His perspectives on the subject have been featured in several publications including the Sunday Time magazine, The AOP Image magazine, the Royal Photographic Society Journal, New Shoot, the British Journal of Photography and other international magazines.

Originally from Jamaica, Hamilton has spent much of his time, living and working in London. After completing a BA in Fine Art in Portsmouth, he worked for ten years as a photorealist artist, producing large commissioned pencil drawings. Using his drawing skills to hand colour photographs, Hamilton naturally migrated into photography where he worked freelance for a wide variety of UK and international clients. In 2006, Hamilton completed an MA in Digital Moving Image at London Metropolitan University and has since been working in both moving image and photography. His work has been broadcast on national television in the UK. Although the role of photography has largely been superseded by animation and film for his commercial work, it is still his preferred medium for many of his ongoing personal projects.

Born in Dreumel, The Netherlands. Barbara studied photography at the Royal Academy of Arts in The Hague. She worked as a photographer for different clients, including The National Dutch Health Association, The National Donor Association and The Hague History Museum. She also created graphic materials for magazines, advertising and CD-covers. In recent years her work has taken a new direction. She sculpts her images in layers using various techniques, such as cutting, painting, sewing and incorporates photographs of objet trouve’ in many of her works.

EJ Major is an artist based in London who has shown internationally. She won the International Salon Photo Prize 2011 and was awarded a solo show at Matt Roberts Gallery, London. Her solo show at Streetlevel Gallery was part of Glasgow International Festival of Contemporary Art 2008. Among her Group Shows she has exhibited at the Helsinki Photography Triennial (2009) Dallas Contemporary, USA (2008), The Minnesota Centre of Photography in Minneapolis (2008), The Australian Centre of Photography in Sydney (2007-2008) and Clampart in New York (2007). Her work has been published in FOAM Magazine (2011), Another Magazine (2011), European Photography (2007), Fotograf Magazine CZ (2007) and reviewed in Modern Painters (2008).

A photographer for over twenty years, she has made work for numerous public commissions and exhibitions in the UK and abroad. Last year, for the Voies Off festival, she showed her project ‘September Song’ detailing the demise of her mother to cancer in an emotional, intense and raw look at death. A lecturer in photography at London Metropolitan University. Heather is currently working with Hackney Museum photographing residents of Hackney up to and during the Olympic Games in the context of the development and disruption that have accompanied the build-up to the London games.

Carlos Saladen-Vargas was born and raised in Venezuela and prior to moving to London to explore his artistic interests he worked in the field of mechanical engineering. He possesses both an HND and MA in Photography and is co-founder of Photo-Soup, a collaborative projected that has allowed him and other artists to show their work internationally. Before delving into photography, he participated in several experimental music projects and co-founded the net-based label ailimaf.com His work is informed by an interest in the socio-political functions of photography and critically engages with issues attaching to spectatorship and installation of large-scale photographic projects. Since 2009 he has organised exhibitions in London, Barcelona and Mexico City. Today, he lives in Margarita Island where he raises his family and develops his art practice.

Albanian-born Serani developed his imagination watching “puppet theatre” as Freud referred to it in his Interpretation of Dreams, and most of the Artist’s work emerges from encounters with French Surrealism and Connoisseuratis where their psychological depth of spirit creates poetry of suggestion. These works of art; Four Ages by Rene Char, The Negress Possessed By the Devil, by Mallarme and Unfinished Symphony by O. V. Milosz are tiny universes yielding up its beauties and secrets to those dedicated and patient enough to confront its mysteries. The viewer feels free to pour light in the compositions with their own torch long enough to see that when melancholy speaks, the surreal and dreamlike becomes physical, tangible and intoxicating.

Eti is a visual artist working with photography to create alternative representations of suburban life. She transforms the suburban environment and the domestic space to reveal alternative states of the everyday. A particular strand of her practice is an investigation of the representation of motherhood through the “mother photographer” position. She photographs her children a lot and has recently had a portrait of her younger son accepted by the National Portrait Gallery. She completed a BSc in Photo Science from Westminster University and an MA in Photography from Goldsmith. She has worked in the photographic industry and now teaches Photography at Thames Valley University at BA and MA levels.