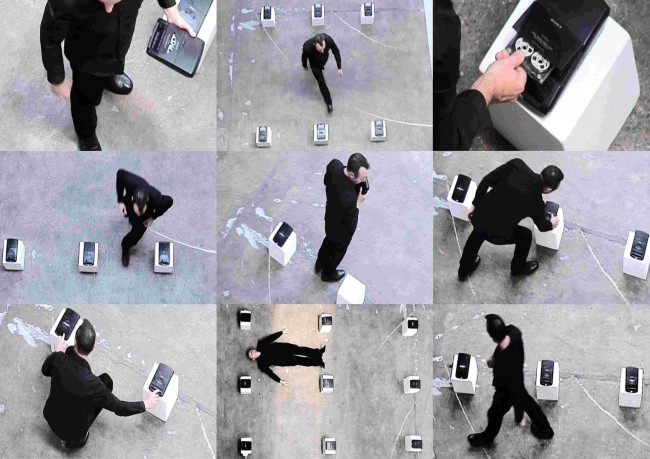 Audience members are also invited to participate in the performance by documenting the event on their mobile phones. This event forms part of a video installation to be shown in collaboration with Unit24 in Summer 2015.

With a background originally in theatre, Che Kevlin, born in England, began making solo-performance in 2009, when his first piece was presented at The Live Art Platform at Colchester Arts Centre. As an active member of Live Art Collective East and in collaboration with Ukrainian artist Mariya Ustymenko, Che has presented work at The Basement (Brighton), The Junction (Cambridge), Performance Space (London) and ArtsAdmin (London). From 2012 to 2014 he toured his work across Eastern Europe including residencies sponsored by Vizii: International Festival of Visual Culture (Kyiv, Ukraine) and Glej Theatre: European Nights (Ljubljana, Slovenia).

In 2013, needing a more expansive and stable environment for the creation of work, Che was awarded funding by Arts Council England to develop his solo performance titled Nostalgia<<2012 for a UK and European tour, in collaboration with alternative instrumental trio Port Mone from Belarus.

Che successfully completed his MA in Performance Making at Goldsmiths University of London in 2014, presenting a choreographic physical and sound exploration titled [TAPE] at Stour Space Gallery (London) as part of the MA performance festival.