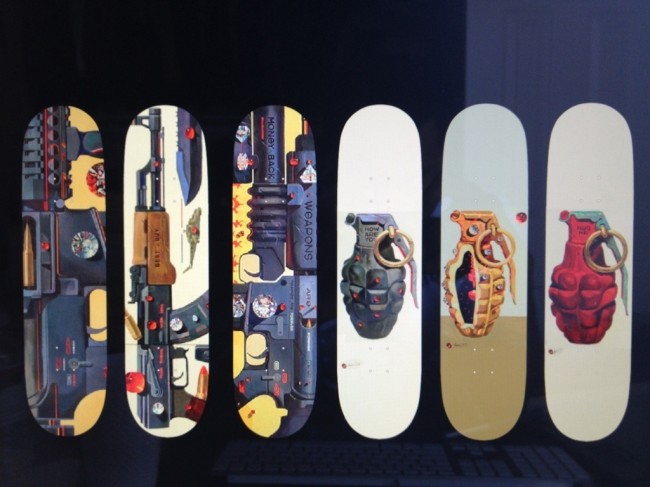 For 24Design, Anton Kandinsky has created a series of skateboards drawing on the powerful imagery at the core of his artistic work.

Art has to have two attributes: be provocative and possess strong visual symbol. If there is no provocation the social environment refers to art as a thing, an attribute of life. Art with strong visual symbolism always stands out. It overpowers its competitors in the same way that the alpha male dominates a wolf pack. In general art is a religion. Without faith in art it doesn’t exist. Without faith the collector doesn’t buy art. Everything is based on faith!
Anton S. Kandinsky

Born in Ukraine (1960), Kandinsky lives and works in New York. A graduate of St. Petersburg Academy of Fine Arts (a private student of Y. Moiseyenko) and the Ukrainian Academy of Fine Arts. In2004, inNew York, Kandinsky founded a movement called Gemism, which refers to artist’s application of realistic images of luminescent gemstones on his canvases. The gemstones are intermingled with flags, ideograms, political figures and celebrities along with symbolism fromChina, the formerSoviet Unionand American pop culture. Yet this is not straight Pop, nor is it Chinese art or some pastiche of Soviet-era propaganda. Gemism is a tip of the cap to all three.

Kandinsky’s art projects are: Geopolitical Gemism, Meditation of Weapons, I don’t want to be a Russian Artist, China-ism, The Great Grenade Wall, To be, or not to be
Followed by special projects:
Guns and Roses Chinese Democracy CD Album, Deluxe Edition, 2008
Cover of the booklet of the French Ministry of Foreign Affairs, conference dedicated to diplomacy and economics,Paris, November of 2009
Painting for Marc Ecko’s Multitask Showroom at theTrumpBuilding,Fifth Avenue,New York, 2010

Anton’s works are in many prestigious art collections including, among others, the Victor Pinchuk Collection (Kiev,Ukraine) and The Collection of Rick Perry, Governor of Texas (Austin,Texas). 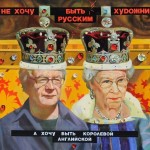 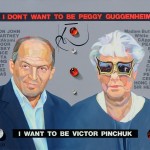 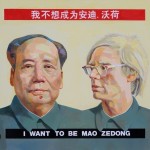 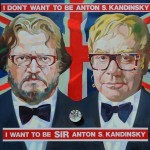