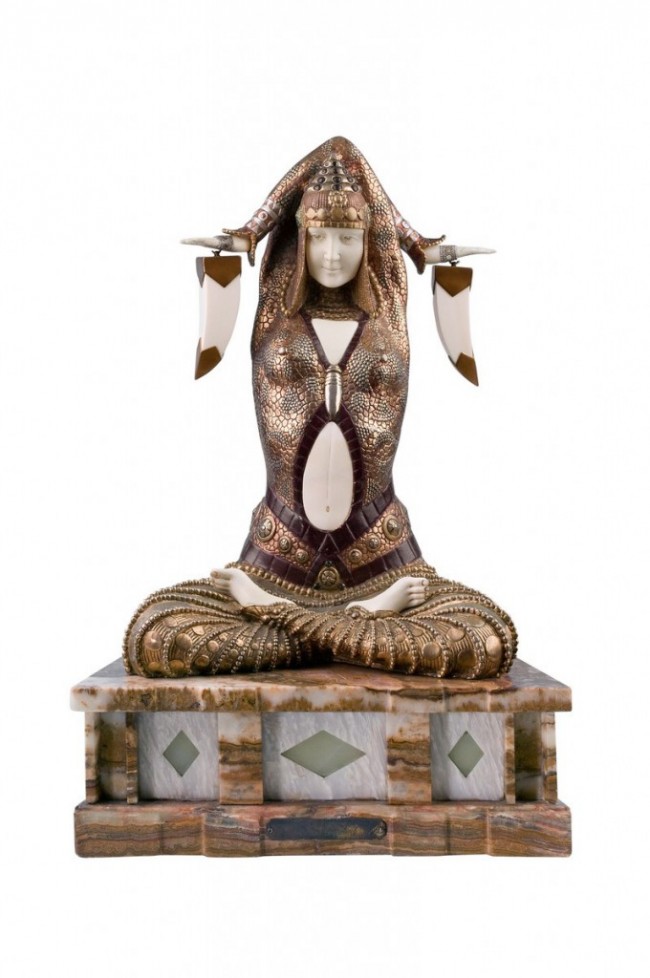 Art Deco Gallery and Russian Art Institute is pleased to present an exhibition ‘Demetre Chiparus and Russian Theatrical Decorative Art’. The exhibition includes paintings, drawings and sculptures from the private collection of Mkrtich Okroyan. Unit24 Gallery is proud to host this historical exhibition.

Mkrtich Okroyan plastic art collection is a unique phenomenon in the cultural space of Russia, where works by such masters as Demetre Chiparus, Ferdinand Preiss, Claire Colinet, Paul Philippe is still lacking in public art collections. The serious research of the collection, which counts more than 800 pieces, allowed to reveal many, previously unknown, sculptors, and attracted wide attention to the role played by Russian intelligentsia in shaping European culture during the interwar decades.

At the early 20th century annual tours of famous ballet company by SP Diaghilev, which included leading Russian artists, composers, choreographers, dancers, transferred to the West all of the cutting edge developments of Russian art, from modern to avant-garde. For a French audience, accustomed to the routine system of decorations and dim and pale colours of Gambon, decorator of the Paris Opera, Diaghilev performances became an artistic revelation. Art critic Louis Gillet wrote “The arrival of the Russian ballet was truly an event, a surprise, gust storm, a kind of shock….I can say without exaggeration that my life is divided into two periods: before and after the Russian ballet. All our ideas have been changed. The veil fell from my eyes”.

Romanian sculptor Demetre Chiparus, emigrated to Paris in 1912, triumphant period for Russian Seasons, and lately themes and design of these productions became his major source of inspiration. In the exhibition space Chiparus sculptures are featured along with paintings and drawings by Russian artists, who at different times made sketches and scenery for the SP Diaghilev ballet company. Most of them were members of the artistic movement “World of Art”(Mir iskusstva), formed in Russia in the late 1890s by a group of students that included Sergei Diaghilev and Alexandre Benois, who regarded ballet as the most vivid expression of the idea of synthesis of arts (gesammtkunstwerk). The exhibition includes works by Leon Bakst, Alexandre Benois, Mstislav Dobuzhinsky, Ivan Bilibin, Sergei Sudeikin, Natalia Goncharova, Alexandra Exter, as well as some of the most striking sculptures by Demetre Chiparus. Among them – “Starfish”, “Oriental Dancer”, “Civa”, and others. Paintings and sculptures in exhibition space are complemented by video and photo documentary. Most of works on view for the first time and previously were known only to a narrow circle of specialists. It’s hard to overestimate the significance of such a demonstration of treasures from private collection – this is not only another step to complement the history of Russian art, but also an instrument for establishing of an international and scientific exchange. 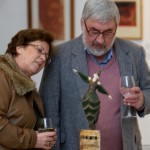 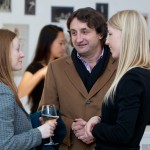 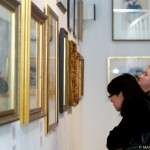 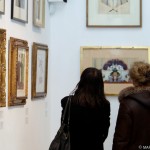 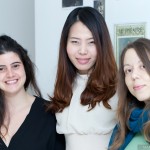 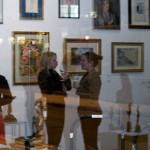 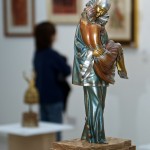 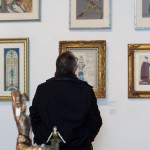