Ewa Batko was born in Warsaw and lives and works in Paris. She is the daughter of a researcher at the Institute of Aviation (aeronautics) and a stage manager in a documentary film studio in Warsaw. The terrace of her room in her family home dominates over the garden where her mother plants thousands of plants, blooming constantly from early Spring to late Autumn. This is where she decided to become a painter, feeling that the artist is always conquered by nature, so all the artist can do is to translate it and transcend it. A leaf, a flower, a fruit, a stream of springing water or a ray of light in its iridescent reflection will always be the most inspiring spectacle for her.

At the age of 17 she was an extra in Wajda’s film and later the main character in a film introducing the International Biennial of Art in Cracow Intergrafia 1974, which won the Art Films Festival in Barcelona. As a young woman Ewa travelled to Paris, where she became a student of the painting department at ENSBA, Academy of Fine Arts at Quai Malaquais.

She soon got interested in the idea of conceptual installations, its transience and consequence according to her own words. The result of her work would be a metamorphosis of things form visible into invisible and vice versa, the alchemy in which the obvious transforms into the unexpected.

Christian Lacroix, at the time of his great success, promoted Ewa’s jewellery creations for la Saute Couture. She has designed for Hubert de Givenchy, Hermes, Thierry Mugler and later launched her own brand as Ewa Batko.

A new époque began when Dominique Wattine-Arnault, the President of Fred-Joaillier spotted her talent and commissioned her to design the concept for the windows of the showcase at Place Vend´me. Louis Vuitton Malletier also commissioned Ewa to design the show windows in Flagship Stores on the Chaps Elysses, such as Lune, Elastique, Spiral, Stretch, leading to other international work. 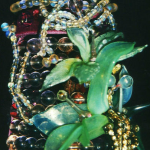 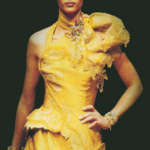 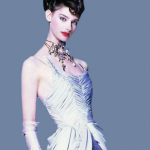 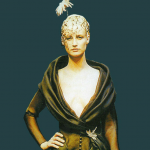 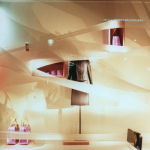 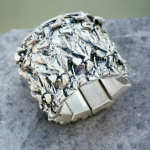 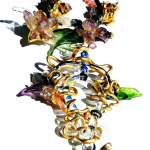 Ewa Batko immerses herself in different artistic domains, including design and jewellery, via the idea of space and luxury, show windows and conceptual installations. Her work is always surprising and compelling, exploring delicate lines, fervently singing of the joy of life.