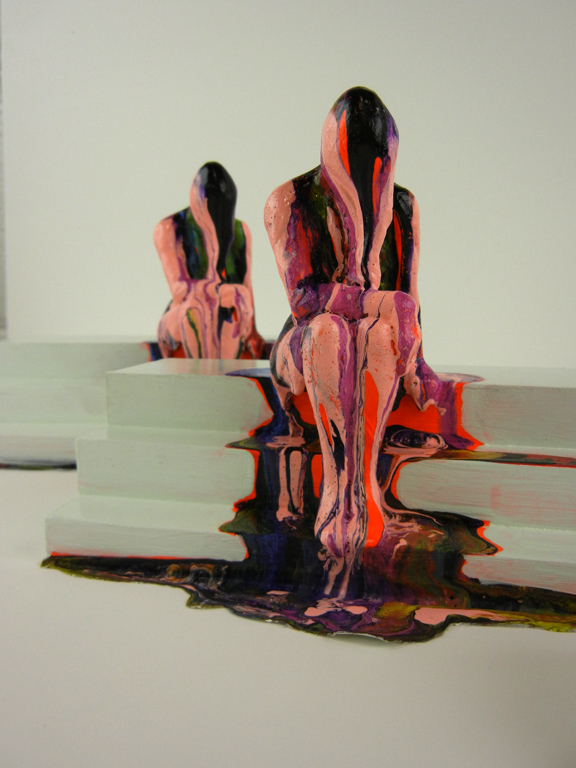 I am interested in the ways people inhabit space and the inherent tensions and energies generated within the complexities of our dynamically changing and evolving urban space. My work incorporates an accumulative process that reflects the complexity of social space, while illustrating familiar urban and suburban spaces and showcasing architecture that relates to forms common in contemporary North American society.

Olley will produce a limited one of a kind series of miniature architectural models inspired and incorporating elements from Olley’s painted world. The series will further continue Olley’s exploration between the urban dynamic and the unique relationship between people and their inhabited space.
Olley’s painted world will be brought to life in 3-dimantial mockets that will explore themes of Canadiana, such as Fishing Shacks, Rural Canada, and North American Suburbia as well as modern urban dwellings; offering an expanded view of the whimsical, and embellished painterly environments found in Olley’s work.

The pieces will employ abstraction and a painterly application with similar surfaces found in Olley’s work. As well as incorporating mix media; using common domestic materials such as cardboard, string, paper, various forms of wood, clay, drawing materials and paint. The sculptures will showcase environments as well as incorporate figures into these environments, figures that respond to the constructed spaces and illustrate various states of mind; the cast of characters will include figures found in works such as In Question and The Phone Call.

As the limited mockett series will be available at Unit 24 Galleries showcase room, ultimately marketed and sold as design objects. The series has much appeal and versatility as it touches on many levels associated within contemporary pop culture, and collectable culture; one aspect would be the collectability of an object and consumer cultures inherent needs to consume and collect unique objects. The scope of the project also has ties to past artists such as Claes Oldenburg’s 1961 store front in the Lower East Side of Manhattan. In which Oldenburg removed his ‘High Art’ objects from the gallery and placed them in a shop where they were sold as common priced consumer goods, removing the art objects isolation from the ivory tower and ultimately its accessibility to connect with the common viewer.

The project also offers many possibilities and various avenues for the works evolution. Such as a yearly themed limited series for people to collect, that recreates past paintings into 3-dimensional worlds. Or taking characters introduced from Olley’s paintings and reintroducing them into ‘new’ constructed environments; or a future exhibition highlighting the projects development, exhibiting drawings, studies, and new paintings inspired by the project; or even a collaborative claymation film that will further expand the project and into popular culture, incorporating independent music and video, adding addition life to the cast of characters found in Olley’s world. 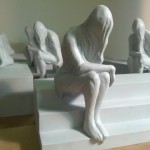 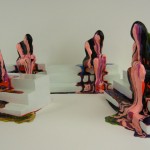 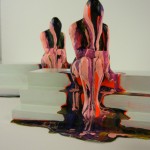 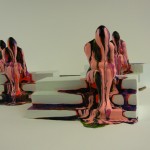 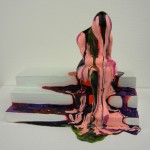 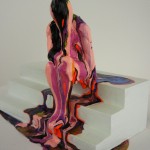 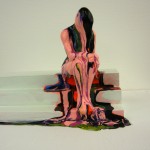 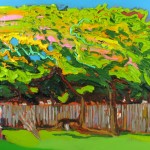 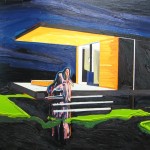 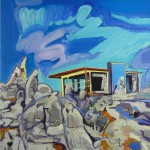 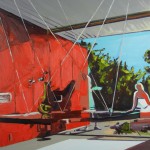 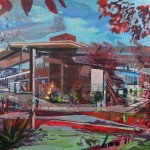 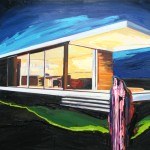 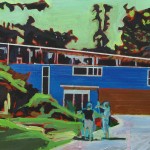 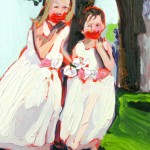 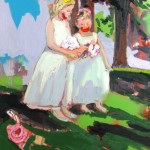 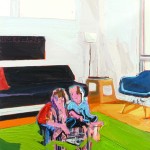 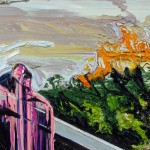 Olley received his MFA from the University of Waterloo in 2008 after completing his BFA at NSCAD University in Halifax, Nova Scotia in 2004.