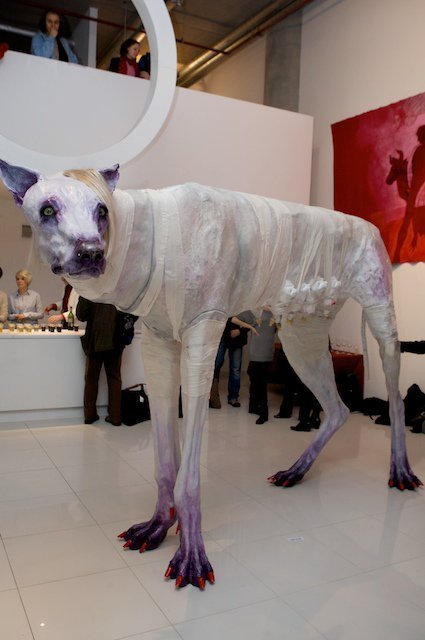 For this show, Kasia Morawska and Ania Cerelczak invited three international artists to explore the theme of iconic markers of mythological archetypes. Each iconic image chosen by artist as an object (idea) will go through the process of deconstruction by changing its context using the tools of pop art culture. 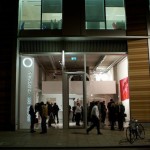 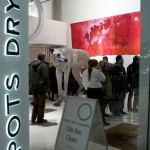 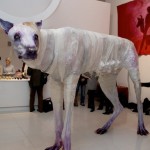 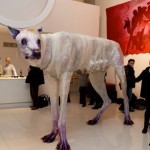 The viewer will not only admire an object of art, but will be invited to participate actively by playing and interacting with each piece of art.

THREADS will start in March 2011 at UNIT 24 – a London based gallery – but the aim of the exhibition is to go on tour with Unit 24 pop-up shows. In each new place, a new artist will join the exhibition. After opening the tour in London, we are invited to Warsaw in May by Gallery Karowa.

With each new stop, the art pieces will undergo a process of transformation (on the visual level and the level of meaning), manifesting in new forms and open to new ways of interpretation, so every time in fact we will create a new exhibition.

‘Threads’ (meaning: each ‘thread’) symbolizes the living nature of the always new and fascinating process of the creation of an artwork. Every artwork will undergo evolution through conceptual and philosophical development. Tracing the threads of ideas going through the process of transformation will open fresh dialog, discussion, and perspective of the experience of the art.

WORKS IN THE EXHIBITION

A large-scale painting on specially woven textile, which displays characters, based on Greek mythology, in particular the metaphorical children of Medea. The viewer will be asked to participate in the performance of winding the painting down into a ball of wool over the time of the exhibition. The magnificent scale of the work and the almost ancient school style of the painting itself should generate strong emotional impact and create tension among those participating in the group deconstruction of the work and changing the iconic painting into the three dimensional ball of yarn. The meaning keeps evolving and the creation then becomes a group experience, in which the viewers are not necessarily ready or prepared to predict their own reactions.

The thread itself will become a metaphorical umbilical cord, which connects us all to deeply rooted myths present in many cultures.

Look At Me by Pawel Wocial.

A large-scale sculpture that through its form, shape and posture, refers to the Capitoline Wolf from the beginning of the 5th century a symbol of the ancient empire. The symbol of submissiveness, care and responsibility devotes itself to being a mother, the basis of ancient culture. However, the modern wolf A.D. 2011 is not naked, as was the case with its classic representations. It is cast in bronze, yet it has been prepared according to the modern canons of sex appeal. At the same time, her size easily allows her to benefit from the privileges of maternal fecundity. She has a perfect make-up, is wearing perfectly trimmed fur, smart jewellery and has gone through all available treatments of body tuning. The clothes make the sculpture acquire a new meaning; it begins to mirror the present reality, and even more so, it can become an indicator of today’s canon of beauty. The symbolism of the sculpture is turned upside down – initially, ‘the first mother’ catches us with her corporeality and, after a while, she feeds us with her vanity, simultaneously asking about the global Yin and Yang, or perhaps the vanities of the Western culture?

‘I always seem to work on projects that deal with degrees and types of displacements. The most current work is a series of photographs of props – portable objects other than furniture or costumes – that have been featured in countless film sets. They have a true function in the creation of a virtual space that is shared by millions. Some of these props have a long history, having been used on various sets, from flashy Hollywood blockbusters productions of epic grandeur to quick turn around pornographic productions. Plates, lamps, swords and books… they are familiar, they are believable, they sustain drama. I photograph them from different perspectives, shooting them from multiple angles, with each angle more and more revelatory about the prop nature of these objects’.