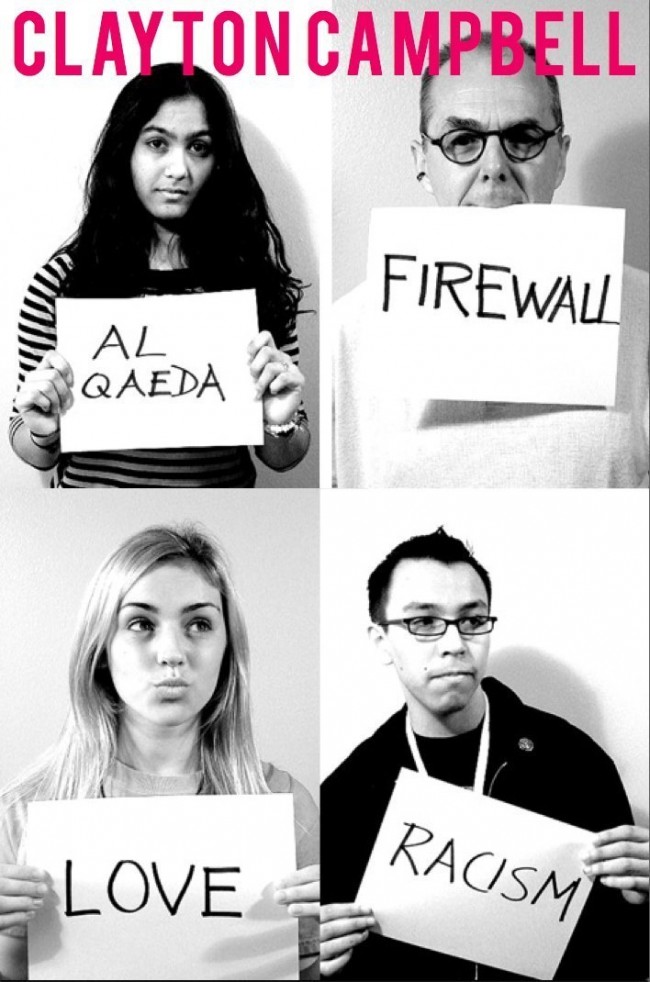 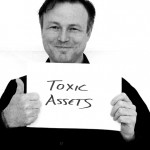 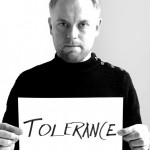 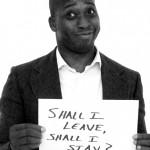 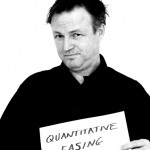 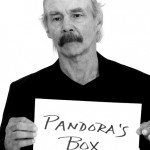 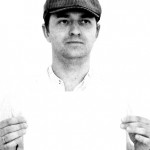 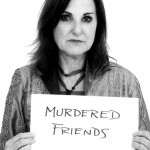 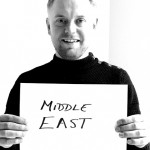 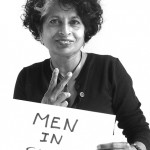 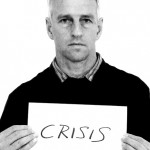 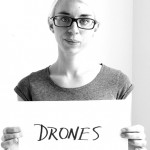 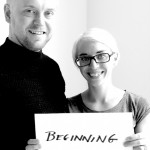 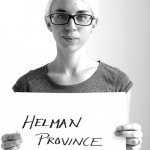 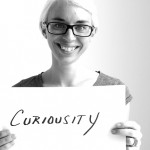 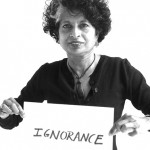 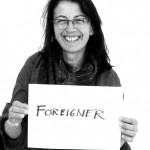 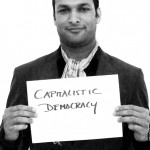 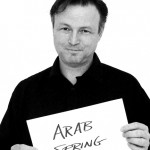 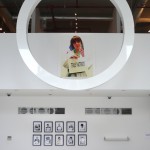 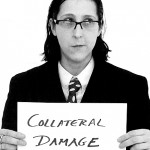 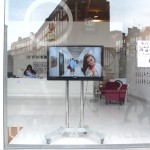 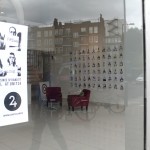 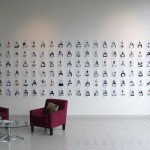 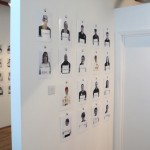 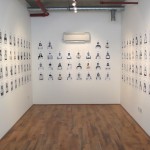 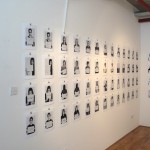 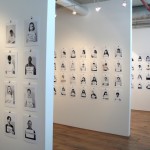 Campbellâ€™s production is a site-specific grid of hundreds of photos.
Each photo shows a world citizen holding a piece of paper on which they have written a word they have learned since 9-11 and 7-7.

â€œAt each show I invite visitors to the exhibitions to have their photos taken as part of the projectâ€ says Clayton.
The cumulative effect of this participatory project is prescient and formidable. It fosters an important and unique visual conversation between various international communities, exploring how people feel about their future aspirations, dreams and anxieties.

The Project in London at UNIT 24 Gallery
Words We Have Learned Since 9-11 and 7-7 is being presented at Unit 24.
Gallery visitors are asked to identify words they have learned since 9-11 – or words they knew but have taken on different meanings.
They are then photographed with their words in the gallery.
Campbell collaborates with local artists who assist him with greeting the public, discussing their words, taking the photographs, and making the photo prints on site. These photographs enter into the exhibition, which is a constantly expanding body of work now numbering in the hundreds of images.

Artist Biography
American artist Clayton Campbell is a visual artist whose digital photographic and media work explore new visual strategies to promote public dialogue through social commentary and engagement.
Campbellâ€™s conceptual photography focuses on commentary and investigates issues of diversity and social justice. He exhibits his projects and photographic and media works at museums and galleries and his work is in major collections including the Library of Congress, the Phoenix Art Museum, the Maison Europeenne de la Photographie, and the Center for Political Graphics.
For his work in the arts, Campbell has been awarded the distinction of Chevalier, Order of Arts and Letters, by the French government.
As an arts organizer, in 1976 he founded â€˜The Performing Spaceâ€™ in Santa Fe, one of the first performance art venues in the Western United States to focus on feminist art practice. He later was program director of the Kampo Cultural Center and the Production Manager for Theatre of the Open Eye, in New York.
As the Artistic Director of 18th Street Arts Center since 1996, he has organized numerous exhibitions, including â€œ50 Years-Hiroshimaâ€, â€œArtists Who Writeâ€, and â€œImaging LA.â€
Campbell writes extensively about arts and culture, and is the Los Angeles Editor of Contemporary magazine (London), and the Los Angeles Correspondent for Flash Art International magazine (Milan).